For some years demands had been put forward from different quarters that an academic body be set up in Japan to make it easier for scholars and students studying South Asia* in various places in Japan to communicate with each other and with the scholars in South Asian and other parts of the world as well. Nation-wide academic bodies were already organized and existent for the Southeast Asian, Middle Eastern, African, or Latin American studies, but not for the South Asian studies. The tradition of South Asian studies in this country was not long enough excepting the case of philosophical and Buddhist studies, for which we had an association of a long standing called the Japanese Association of Indian and Buddhist Studies.

In recent years, however, the number of researchers studying South Asia who are specialized in social or natural sciences, e.g. economics, history, geography, anthropology, agronomy, linguistics, literature, etc. has greatly increased, reflecting the growing interest in South Asia among the general public in Japan. The lack of a nation-wide academic organization and channel of communication caused great inconveniences to all the people concerned with South Asian studies.

Accordingly informal talks started among the volunteers around October 1987, and late in April 1988 thirty researchers from all over the country, broadly representing various fields of research, assembled in Tokyo to form the committee for organizing a Japanese Association for South Asian Studies (JASAS). A working committee with Toru Matsui as chairman was appointed by this body. The proposition to found the new academic society and its future constitution were drafted and discussed. Also prepared was the programme of its inaugural assembly. Letters were sent out to all the people who would be interested in joining the Association upon its foundation.

On the 1st of October 1988, the day of the inauguration of the Association, two hundred and forty-four persons were accepted as the founding members of the society and with more than half of them present at the assembly held at the Sanjo Conference Hall of the University of Tokyo, the establishment of the Japanese Association for South Asian Studies was formally declared.

*The term South Asia refers to the countries that are currently organized in the SAARC.
(from JASAS Newsletter no.1, December 1988) 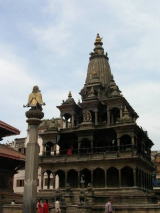